Link To The Past.

I never knew my mom's father.

But I've always felt a connection to him. (I have a hard time thinking of him my "grandpa", as my grandma remarried and I always knew that man as my grandpa. Maybe the more formal "grandfather" fits here.)

You see, he's the closest blood relative I have that also had type 1 diabetes. He was diagnosed in his mid-20's, shortly after he and my grandma were married (she made donuts one morning; he got really sick - you can guess how the rest of the story roughly goes). A lot of the diabetes-related technology we use now wasn't around yet - home glucose meters, carb counting, disposable needles, etc.

Sometimes I think about what it would be like to talk with him. Did his lows have the same symptoms that mine do? What would he think of insulin pumps and CGMs? What did his complications feel like when they started? Would he have the same tongue-in-cheek view on life with diabetes as I do? Did living with it make him feel angry, scared, frustrated, defiant?

Every so often, when I see a triumphant 111 mg/dL (Yahtzee!) or something similar on my meter, I imagine a spiritual high-five with him. (Is that weird?)

As I sorted through those boxes of childhood stuff last weekend, I came across something that was handed down to me. It's a "Cookbook for Diabetics", published by the ADA in 1959. I thought I'd share a few of its pages with you. Some of it is surprisingly still relevant, and some of it made me chuckle. It also made me feel all mushy and emotional, as it's something that was his. 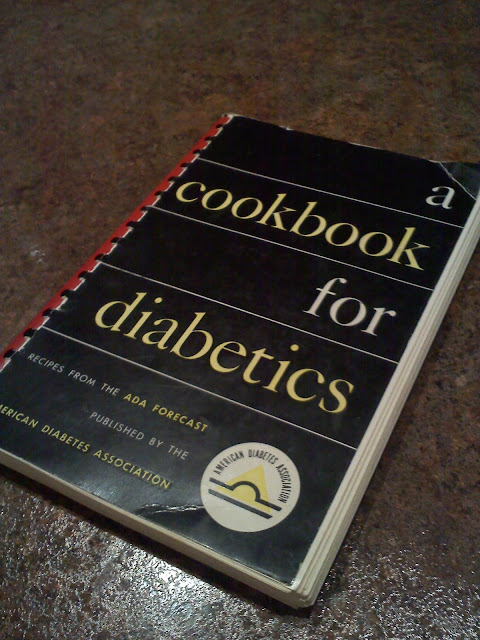 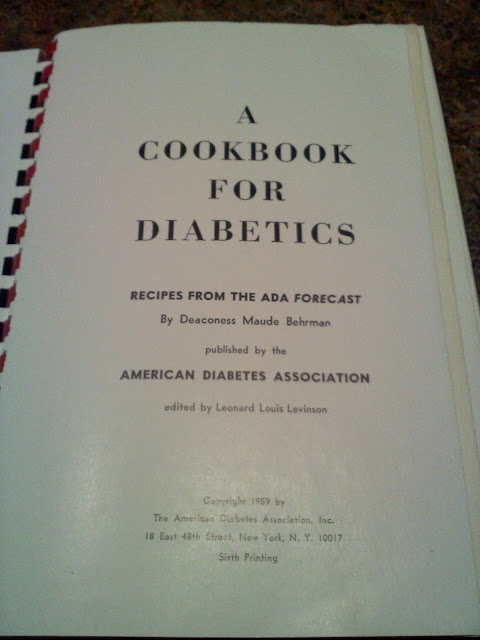 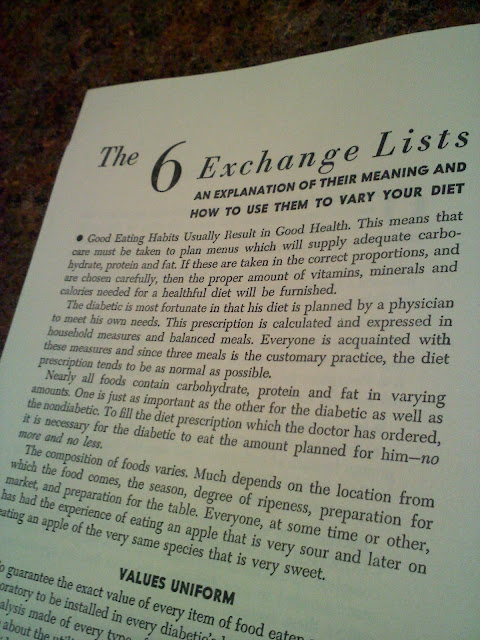