Reasons I Love My Healthcare Team.

*Another reason that bolusing doesn't work well right now: the Animas pumps have a bottom threshold I:C ratio of 1:2, so for those of us who need something more aggressive than that, the bolus calculator is useless. I can do the calculations myself and then dial up the proper amount, but I really miss the pump figuring it all out for me.
Posted by Kim 8 comments

Last week began the phase of pregnant-while-awesome diabetic where I'm at my regular OB's office every week, for the main purpose of doing an ultrasound that checks out Baby Girl's development in several areas - a biophysical profile (or "BPP", for short). This test involves the ultrasound tech measuring things like the amount of water in the swimming pool (amniotic fluid), looks for "practice breathing" (and she's been doing that with gusto both times), and measures all parts of the baby's rapidly growing body, including heart rate and muscle tone. I think that non-diabetic people get these too, but later on in pregnancy, and not nearly as often.

A BPP is also where they estimate her current weight, and though her weight has been creeping up a bit, I'm happy that she's remaining in a normal range. So what if she ends up being a little chubbles? (And, really, with Aaron and I as her tall, non-skinny parents, the likelihood of her being a small baby was preeeeetty tiny.)

I'm also happy to say that Baby Girl has received perfect scores on both BPPs so far. Yahtzee!

As for me, everything still looks pretty good. We continue to keep an eye on my blood pressure, and I continue to wish that the nurses would give me more than 30 seconds after we've entered the exam room to check it, as the readings are always consistently higher than the ones I see at home. Heartburn has been less frequent, and while the belly has gotten more uncomfortable to lug around, I haven't let it be too much of an excuse to sit out of possible fun. (I even made it through seven innings of a College World Series game this past weekend!) While my weight gain is following a good pace, I found out at my most recent appointment that the actual belly is measuring five weeks ahead. FIVE. What?

The toughest part for me now, mentally, is that for at least another month I have no idea what The Plan To Get Her Out is. There are too many variables; too many things that can change for better or worse between now and go-time. Decisions like when, the manner of delivery; all of it rides on what happens in the coming weeks, and there's no way to really know how it will all shake out, yet. Her estimated weight, how many (and how large) the fluctuations in my blood sugar are, and many other factors will determine how we proceed. No pressure though, right?

At least I can say that the temp basal I started running last night has made some significant impact:

(Even though the mere thought of moving in any way makes me out of breath - no room for the ol' lungs anymore!)

Yesterday found me participating in #dayofdiabetes, where I tweeted the majority of my day as someone who is both pregnant and lives with type 1 diabetes. Sorry about cloggin' up your feedz, but I wanted to be honest in what was happening, how I make decisions, and how I felt about the results of those decisions, and that takes a lot of words.

And in the spirit of honesty, I also shared what could possibly be the most facepalm-y moment in my diabetes life so far.


Well of course it's on the day I decide to tweet everything diabetes-related that I drop my pump in the (clean) toilet. #dayofdiabetes
— Kim / Diabetes (@txtngmypancreas) June 17, 2013


I saved all of my tweets through Storify, so if you'd like to go back and relive my exhilarating (not really) day, here's the link. (Tweets are organized with the newest on top, so you'll have to scroll to the bottom of the story to go chronologically. I know.)

If you'd like to explore the #dayofdiabetes events that others have contributed too, head to the Tumblr site.

I don't know that this could be called a typical day with diabetes, but seeing as how no two days are ever the same, perhaps it was.

Being pregnant while trying to wrangle blood sugars, blood pressure levels, morning ketones, food, boluses that seem too huge to be right, and everything else that comes with diabetes-while-gestating can feel really overwhelming sometimes.

But you know what helps me a whole lot?


My online friends who have either been down this road before, are going through it right now, or have supportive and wonderfully encouraging things to say (derived from compassion, not necessarily personal experience) when I post pictures like this.

They help the scary seem not quite so very.

(By the way, that bolus was for 64 carbs. Third trimester insulin requirements are no joke.)

UPDATE: Mari has been found! Check with findmariruddy.com for updates on her condition.

Have you ever heard of the ADA's Red Rider program? How about Team WILD Athletics (who so kindly sponsored one of my giveaways last December)?

The woman behind these wonderful programs (and so many other good things done for the diabetes community) is named Mari Ruddy. She has type 1 diabetes, wears an insulin pump, and she has been missing for nearly two days now.

From findmariruddy.com (which is where you'll find updates on the search):

Mari was last seen at her apartment in the St. Anthony Park neighborhood of Saint Paul, MN around 1 p.m. on 6/11/13. Mari has type-1 diabetes and wears an insulin pump. Her phone and other belongings were found in her home. She left in her car, a dark green 2002 Honda Civic, Minnesota license plate #102-LNC,  with a bike rack on top and a red Namaste bumper sticker.

Mari’s family fear that she may try to harm herself and appreciate any help locals can provide in search efforts. She may have gone to a place with spiritual significance, beauty or seclusion. Please contact Mollee at 952-406-0081 to volunteer. You can also join the search effort by connecting with this Facebook group: https://www.facebook.com/groups/172257126284014/?notif_t=group_r2j

Please keep Mari and her family in your thoughts and RTs as the more time goes by, the more dire circumstances become.
Posted by Kim 0 comments 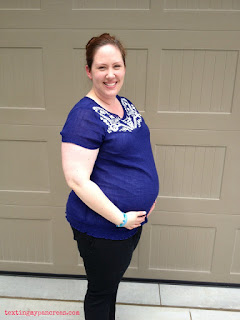 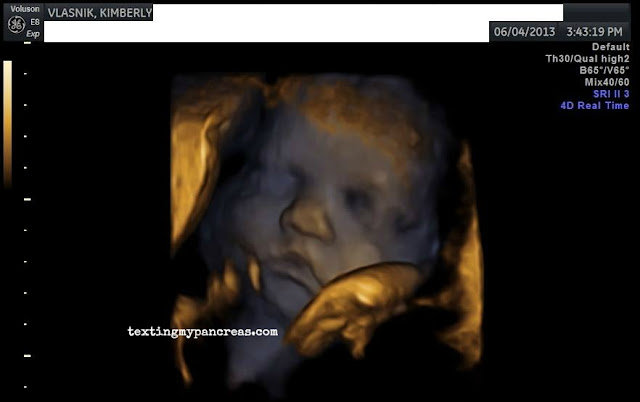 Have you ever had to crank up a basal rate so high that you wondered, "How am I not dying right now"? 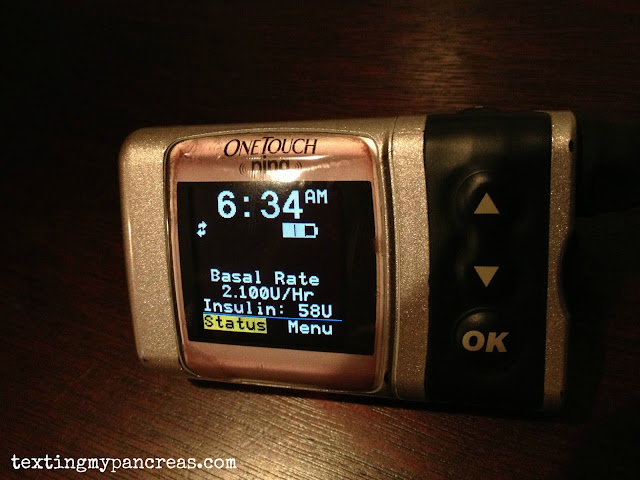 And have you ever, then, seen a line so steady on your CGM graph that you could swear this was a dream/nightmare/did breakfast make me hallucinate? 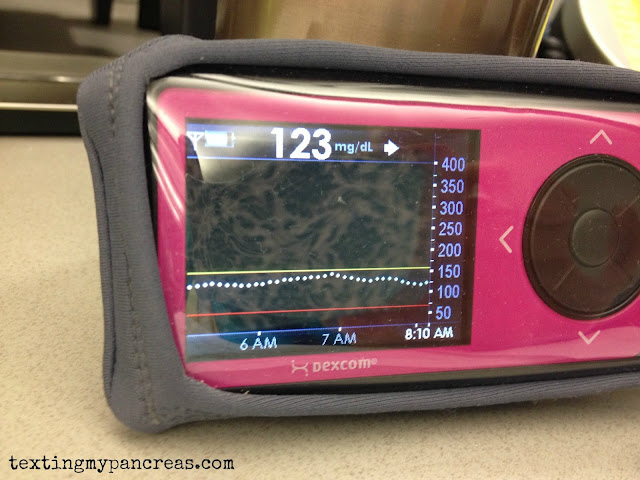 (Not complaining - just a bit in awe that something that colossal is producing results like this right now.)
Posted by Kim 12 comments