Who Am I: I'm Kim Vlasnik (pronounced vuh-LOSS-nick), and I was diagnosed with type 1 diabetes in 1986 at the age of six. My diabetes utility belt includes a beloved Dexcom CGM (affectionately named Thom Yorke, as I'd prefer no alarms and no surprises, please), a t:slim insulin pump, and the occasional Humalog insulin pen. (Updated December 2016: I'm currently on my first "pump break" since starting insulin pump therapy in 2005, and am trying out Tresiba for my long-acting, and Novolog [because of new insurance coverage] pens. I'm also finding the RapidCalc app to be a life-saver for this former pumper, who was used to the pump doing all of the calculating/remembering for me. To me, this app is worth the $8 price tag.)

Living with diabetes comes with its own unique set of challenges: in addition to the physical things 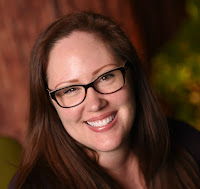 like injections or carb counting, we deal with emotions, anxieties, and fears that most people have the luxury of never knowing. Until I found the diabetes online community (DOC) in late 2009, I had no idea how much I needed the support it can offer. For me, living with diabetes feels much more bearable when I think of it as a team sport.


What's This All About: I began writing Texting My Pancreas in the summer of 2010 and it's where I have shared my life with diabetes (and other shenanigans) - the good, the challenging, and the awkward. In addition to writing, I also created cartoons inspired by the commonalities shared by people with diabetes, as levity is my preferred method of dealing with all of this diabetes hullabaloo. The blogging has slowed down considerably since my second child was born in 2016, but hopefully you still find some valuable stuff around here.

What's All The Other Stuff About: In June of 2011 I started the You Can Do This Project - an ongoing collection of videos from real people living with real diabetes. We're sharing the tough stuff about life with this disease, and letting others know that they never have to do this alone.

I was a member of the Diabetes Advocates program, and have served on the DSMA Advisory Board. In 2012 and 2014 I was an ePatient scholar at Stanford's Medicine X conference, where I delivered an ePatient Ignite! talk about "the hardest part of living with diabetes". I have contributed work to publications such as Diabetes Forecast, been quoted in The Atlantic and on Mashable.com, and have been featured in Diabetic Living magazine as well as Al Jazeera America's The Stream. (For disclosures on my paid work, head on over to my disclosure policy.) Connecting and sharing with people around all things diabetes is where my heart lives. If you'd like to hire me, let's talk! Send an email to textingmypancreas (at) gmail (dot) com.

Other fun facts: I live in Nebraska with my More Awesome Half, Aaron, and our daughter (who I refer to online as "Rabbit") and son (referred to online as "Bear"). Coffee and I are best friends.  I am also a 2x certified Salesforce Administrator and am super nerdy about all things Salesforce.

If this is your first visit to my site (or if you're just looking for some recommended reading), here are some places to start:

In Pump Failure, And In Health.

The History Behind "Blünt Lancet".

The inspiration for the You Can Do This Project.

Wearing my Dexcom CGM on my arm.

If I could dream up any diabetes device, it would be...