Where Do The Spaceships Go?

In the last year, I've gone from someone who had only used one kind of infusion set for her whole insulin pumping career to someone who is trying new things all over the place.

The first "new" set I tried was last summer at Friends For Life - the Animas booth folks gave me one each of the Inset and Inset 30 sets to try, since I'd never used either one before. (That's one more thing to love about FFL - freebies abound!) I decided to try the Inset 30 while I was still at the conference, with some help from my friends and Twitter, but never ordered more of those sets. They just weren't my thing, and I returned to the manual sites to which I had grown accustomed.


Fast forward to a couple of months ago: I had the opportunity to try some of the Spring Universal sets. (Which I keep intending to write about but never get around to it... maybe later this week?) I do actually like these for a number of reasons, which I'll get into later, but for now my supply has been depleted. 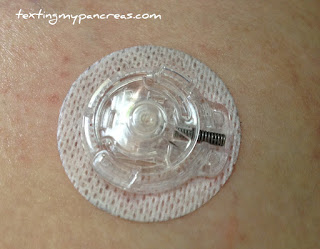 Which brings me to what I'm using right now (thanks to an inheritance from someone who switched pumps and had leftover sets they kindly shared with me)... 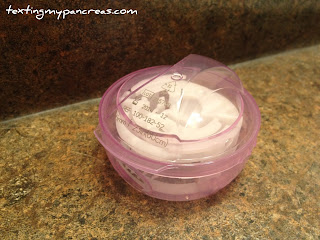 ...and the reason for this post. When I used the Comfort sets, there was minimal "throw-away" after inserting the set. In fact, all that was left was the needle and its handle, so those could easily fit into the top of my sharps container of choice: 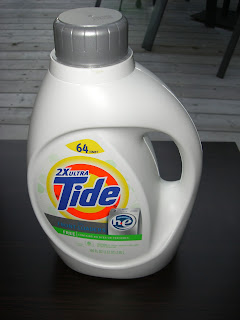 With all of the extra packaging that comes with using Insets, I'm at a loss as to how to discard these little spaceship-shaped things properly. Normal sharps containers (like the kinds you buy for that specific purpose) all seem to have a small opening up top. I'm left to amassing a growing village of them on my kitchen counter, apparently.

Help me out - where do the spaceships go? Do I tape the lid down and throw it in the normal trash? Is there a different kind of container I should use? Do I chuck it into a corn field and hope it takes flight?
Posted by Kim