It was a harrowing drive home from the airport Tuesday night, as things quickly progressed from "Wow, that'a a lot of lightning" to "And there's the rain they were talking about" to "Crap, is that... hail? Oh HAIL no" to "OH #&*! I CAN'T SEE THE ROAD". It was as if I had to only think about the weather not being as severe as was expected in order for Mother Nature to be all, "Challenge accepted!" and unleash the ice cubes and break open the dam. It was very dramatic.

Wait, where was I going with this? Why was I at the airport? And why did I miss a day of work at my "real job" to fly to New Jersey for 19 hours?

Tuesday marked the U.S. launch of a new type of blood glucose meter: the iBGStar. The big deal with this little guy is that it plugs into an iPhone or Touch, and the corresponding app will track and chart your results (and allow you to email them to, say, your doctor) as well as giving you the option to log carbs and insulin. The meter is very teeny tiny (roughly the size of a flash drive), and can be used independent of your i-device, or in correlation with it.

Did you catch that? It plugs into a freaking iPhone. What is this, the future? Where is my hoverboard? 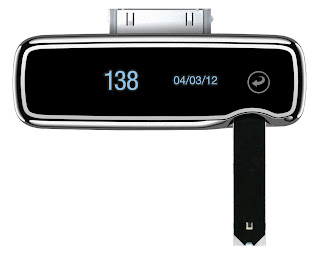 Sanofi US Diabetes brought a handful of what they dubbed "Key Online Opinion Leaders" (which creates the uncomfortable acronym "KOOL" - cringe) to their headquarters in Bridgewater, NJ to hear all about it, test drive the actual meter, and be able to ask questions directly of the people involved in the product's launch. I somehow ended up on that list, along with a few other familiar (and some, less so - to me) faces.

Let me start out here by saying that my learning curve tends to be pretty steep when it comes to stuff like this. I don't consider myself an expert, journalist, industry insider, or any other official-sounding term when it comes to the diabetes world - I'm a story (over)sharer. I never paid much attention to the business side of things until the last couple of years. And even then - I'm sure I've missed a bunch.

That said, I was pretty impressed during the few hours I spent with the Sanofi team. The attitude described by Shawna Gvazdauskas is that Sanofi wants to "delight their customers": notice that she said customers, not "patients". (That kind of thoughtful word choice was apparent throughout the afternoon - "check" instead of "test; the omission of "good" and "bad" from the BG vocabulary; etc.) That's the reality now: most people with diabetes have more choices than ever, and pharma has to compete and exceed the expectations of end-users to keep up. This means that Sanofi is looking more and more to meet people "at their lives, not just at their disease". Give us what fits into our lives, instead of something that we then have to find a way to fit into our lives. Give us something that helps us feel better about doing something that you don't like doing in the first place.

So what might you want to know about this meter?


I think it's a really slick little meter. Among other things, I asked about the aesthetics of the accessories that come with the meter - the test strip bottle, the lancing device - because you'll notice that while the meter may be sleek and modern, it is flanked by equipment that is decidedly not.

All told, I look forward to test driving this for a while - as well as watching the neat-o graphics that happen inside the application while the meter counts down. (I'm not telling you what they are - no spoilers!) I also look forward to seeing what else Sanofi (and others) have up their sleeves - word on the street is that there are a whole line of "Star" products in the works, as Sanofi delves deeper into the "diabetes devices" ocean.

[EDIT: Apparently, I won't be trying this out for a while - my insurance won't cover the strips yet, and unfortunately a month's worth of strips for me is about equal to a car payment. So - back to the One Touch meters after these 10 strips are gone! Bummer.]

Disclosure: Sanofi US Diabetes paid for my flights, ground transportation and hotel while I was in New Jersey, as well as some of my meals. I received an iBGStar meter at the meeting, which was mine to keep. I was not asked to write about this event.

Also, hat tip to Cherise Shockley for the title of this post. Funky fresh, indeed.
Posted by Kim