"People may not remember exactly what you did, or what you said, but they will always remember how you made them feel."- Maya Angelou 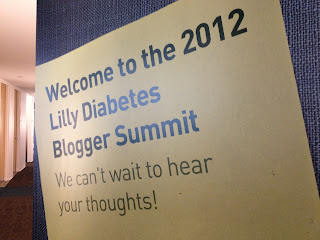 I'm starting this post with the above quote because I think it best describes how I'm processing the Lilly Diabetes 2012 Bloggers Summit, which I and several others attended on Monday. (I was reunited with Cherise, Kerri, Scott, George, K2, Kelly, Bennet, Mike, Lorraine and Leighann, and had the pleasure of meeting Tony and Scott for the first time.) I hardly took any notes, so this isn't the place to go if you're wanting direct quotes from Lilly executives.

Most of the day was spent either touring some part of their vast campus or in a discussion-based atmosphere, and I wanted to be an active participant in those things. I wanted to resist the gravitational pull that my laptop and social media tends to rope me in with, and really dedicate my attention to listening, learning, and voicing my thoughts.

Let me state this now: I like Lilly Diabetes. I can say (now that I've experienced a bit of it in person) that I like the culture they're striving to build. I appreciate the attitude they've displayed towards the need for them - really, the need - to engage with their customers in the diabetes community. I was impressed, on various levels, with the individuals we met during the event. It also doesn't hurt that I've been a customer of theirs for many years, so there's a bit of attachment-by-association thing going on. I would bet I'd feel a similar way if I were to visit Animas, Lifescan (who make the OneTouch meters I use) or Dexcom.

I will also say that I particularly like some of the graphics they've chosen to install in their workspace. (Shocking, right? I'm not a visual person at all. /sarcasm) In fact, I might have immediately teared up when Scott Johnson pointed one of them out to me. 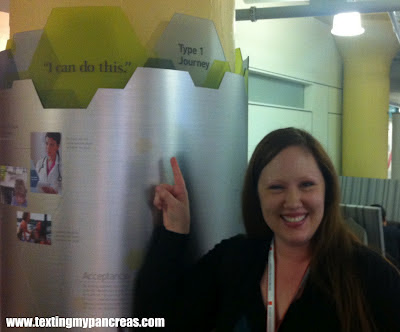 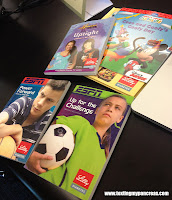 It's difficult for me, as someone who is cognizant of how very fragile this chance at her life is, to not feel some emotional connection to Lilly. This was the first company to successfully launch large-scale production of insulin, and if that hadn't worked out, who knows if any of us who are insulin-dependent would be living the lives we're living now. It was apparent to me, at least a couple of different times throughout the day, that the folks at Lilly didn't expect the emotional response they saw when we toured Heritage Hall (their own little history museum); when we heard the winning entry to the Once Upon A Time contest read aloud (the winner will be publicly announced sometime next month); during our tour of an exact replica of Eli Lilly's original labratory (which was amazing, and humbling, and made me appreciate the crap out of how far we've come), or when they discussed their hopes and intentions for the Lilly/Disney books.

I think I got misty-eyed enough times that the folks at Lilly probably started wondering what was wrong with me. 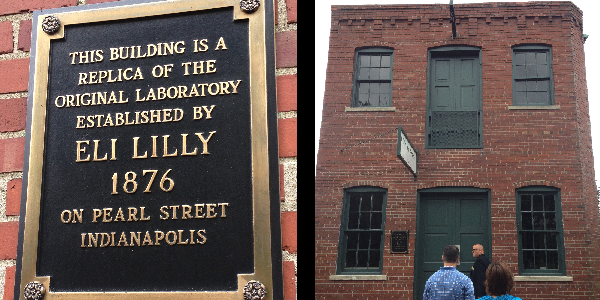 This sort of stuff is so emotional though, when you're living with it. When you're thinking, this book can help so many kids feel better about living with diabetes; about being "different". This can help normalize something that feels so alienating. This is something that I wish I had grown up with. It's emotional when you see a photograph of the amount of beef and pork pancreases that it took to derive just one small bottle of insulin back in the day, and you learn that the location of that pile is still on-site (it's now the parking lot). 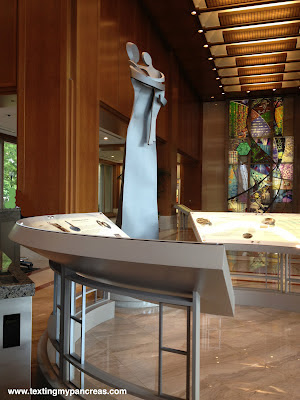 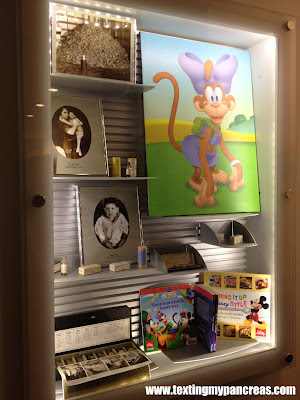 It's emotional when you see that in the main lobby of the whole building, they chose to erect a statue based on that famed photo you see in the case above; the one of the mother holding her child with type 1 diabetes, shortly before insulin treatment was available. You can feel the desperation and horror in the mother's face; the sheer agony in the son's. I saw this photo in a case at the Heritage Museum, and had to spin on my heel and walk away. I know there's a photo right underneath of him after starting insulin therapy (in his letter to Dr. Banting, he triumphantly wrote "I am a fat boy now and I feel fine"), but I just can't do it. That image breaks my heart in a thousand pieces. The line between life and death smells like bandaids and fear.

In summary - Lilly, and its history, cause me to feel a lot of things.

As for what else I took away from the day, I'll say that while there may be room for improvement (for example, I get close to zero value out of their LillyPad blog - I want to read patient stories, I want to learn about the PEOPLE behind the brand, and I want to know about the good they're doing in the diabetes community and beyond), I see Lilly as being very eager to engage in social media - even if they aren't quite sure what that will look like, or how exactly to do it within the regulatory confines they operate within. They appeared to be very open to feedback (for example, why are the Lilly/Disney books only available in endocrinology offices? If the whole point behind them is to help "normalize" diabetes, make the books available in "normal" book places - like public and school libraries), and willing to realize that social media actually means that they need to be social - it isn't a billboard. People need to be able to leave comments on blog posts, and Twitter accounts need to engage in the conversation. 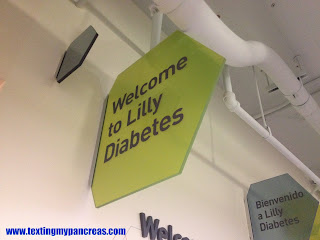 They can also do a better job of letting people know the good they are doing - I know that I was one of many in the room who didn't realize Lilly had started a partnership with Walmart in 2010, in order to provide a lower-cost option for insulin users, for example.

In summary, I think Lilly is headed in a good direction when it comes to reaching out and interacting with the diabetes community. I hope the discussions we had and insight we provided can help continue the shift towards engagement with the customers they serve.

In other words: I appreciate both where they've been, and where they want to go.

Disclosure: Lilly Diabetes invited me to attend their 2012 "Blogger Summit", which occurred on 5/21/12. Lilly Diabetes paid for airfare, hotel, meals and transportation around Indianapolis during my stay. I was not asked to write about the event, but we all know that I totally will. They also gave us the books you saw above, along with a copy of "Breakthrough" by Thea Cooper and Arthur Ainsberg.

For more photos of the event, check out the ones I uploaded to Flickr.

Labels: conferences
Email ThisBlogThis!Share to TwitterShare to FacebookShare to Pinterest