This weekend, A and I are taking a brief trip to New York City to visit friends and to do what tourists do (there will also be a d-meetup while we're there, but more on that later!).  Some friends in the diabetes online community graciously offered to guest post for me while I'm "out", and today I'm honored to share with you this post from Holly, of Arnold and Me.  I love her attitude, humor, and the timely reference to one of my favorite movies! 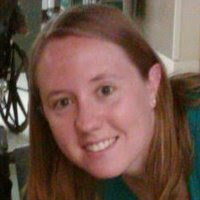 Living with diabetes means living with a lot of numbers and wondering about numbers. “I wonder what my blood sugar is right now.” “Am I dropping? And how fast?” “I feel sleepy, maybe I have ketones.” My brain is constantly wondering where I am and where I’m headed. Having a CGM helps ease my ever-wondering mind, but the scientist in me still wonders about . . . other people.

My poor husband, he is the main target of my “data collecting” for normal-people’s blood sugar readings. Whenever he gets a cut on his hand or fingers, he comes to me inquiring where the bandages are located. However, before I find the bandages, I scream, “Let’s test your blood sugar first!” And I hurry to get a strip into my meter before his blood clots. This isn’t the first time my dear husband has indulged my curiosity, so he just shakes his head and puts his finger out as I ready the meter. The guy has never had a reading over 99 mg/dL, lucky pancreas-working stud.

But he isn’t the only one who’s endured my wrath of curiosity. One holiday weekend while at my parents’ house, my brother made an off-the-cuff comment about what his blood sugar might be. I was already preparing the lancet before he said, “Whoa, whoa, whoa, what are you doing?” “Testing your blood sugar,” I said, pointing the lancet at him. “No way . . . I ummm . . . I was just kidding.” “Chicken,” I teased. Well, my big brother will never allow his little sister be deemed tougher than him, and nothing is tougher than drawing your own blood 8-10 times a day. So, he reluctantly agreed to let me test him the next morning before he had any coffee. And the poor baby whined the rest of the day about his wittle hurting finger.

Several other family members have allowed me to test them, but none have let me do it more than once. And they know better than to make even a suggestion to the idea within ear shot of me, because before they know it I’ll be coming at them with a very intimidating little finger-pricker. This seemingly small action that we (diabetics) do multiple times a day seems to be emotionally scarring to normal folk. I just keep imagining Buddy the Elf over and over in my head saying, “My finger has a heartbeat,” as they hold a napkin to their tested finger. Most of them look up at me, wide-eyed and frowning, “That kinda hurt.” Then they think I’m all tough and Amazon-like when I prick my finger, squeeze the blood out, and lick the blood off my finger, all seemingly in one motion.

“How do you do that?” they ask, pondering my numbness to the whole action. “Oh, it’s just part of my day,” I say with a grin. Nothing makes them more impressed with me managing diabetes than imagining me redoing the single scarring act they endured over and over.

So the next time you want to sympathize with your diabetic loved-one, try empathizing instead. Stick out your finger and say, “Here, go ahead!” Don’t worry, we don’t mind when you wince.