That one didn't feel right, but in case I'm wrong my left index finger is immediately embraced by my right thumb and the side of my right index finger. The tiny area of my fingertip where the lancing device had just been pressed is white, while the rest of my finger turns a bright pink as I work to get the familiar red drop to appear.

Squeeze, squeeze, massage, squeeze. As I suspected, nothing.

I'll try again on the opposite side of that same finger.

Mother-father!, I think. That one really hurt. Guess I need to advance to the next lancet. Again grasping my finger, I squeeze harder than last time. Nothing.

Groan. Let's try a different finger. A different hand, even! I select my right ring finger as the next victim.

With a new lancet now ready to go, I aim again.

Ah, now this! This one felt right. A solid-feeling twinge of pain lasting a half-second at best, before it begins rapidly fading. The heavens part for a millisecond; the lancing device gods smile down on me; rays of sunshine magically appear and then vanish. There's a very distinct difference in feeling between a successful poke and a failure, and this one is definitely a winner. The new lancet provides a sharper weapon that succeeds in its mission, and I know what the blood drop will look like before I even begin squeezing my finger.

With only a slight bit of pressure, I am greeted by that desired drop of blood. Bright red; glistening; perfectly round. I take a victorious moment to marvel at it before it's whisked away by a test strip.

The result of this particular test doesn't matter much in the context of this story, but something else does - I know what a "good" finger stick feels like, and it feels like victory. The sensation of a successful finger stick almost feels... good to me.

How messed up is that?! 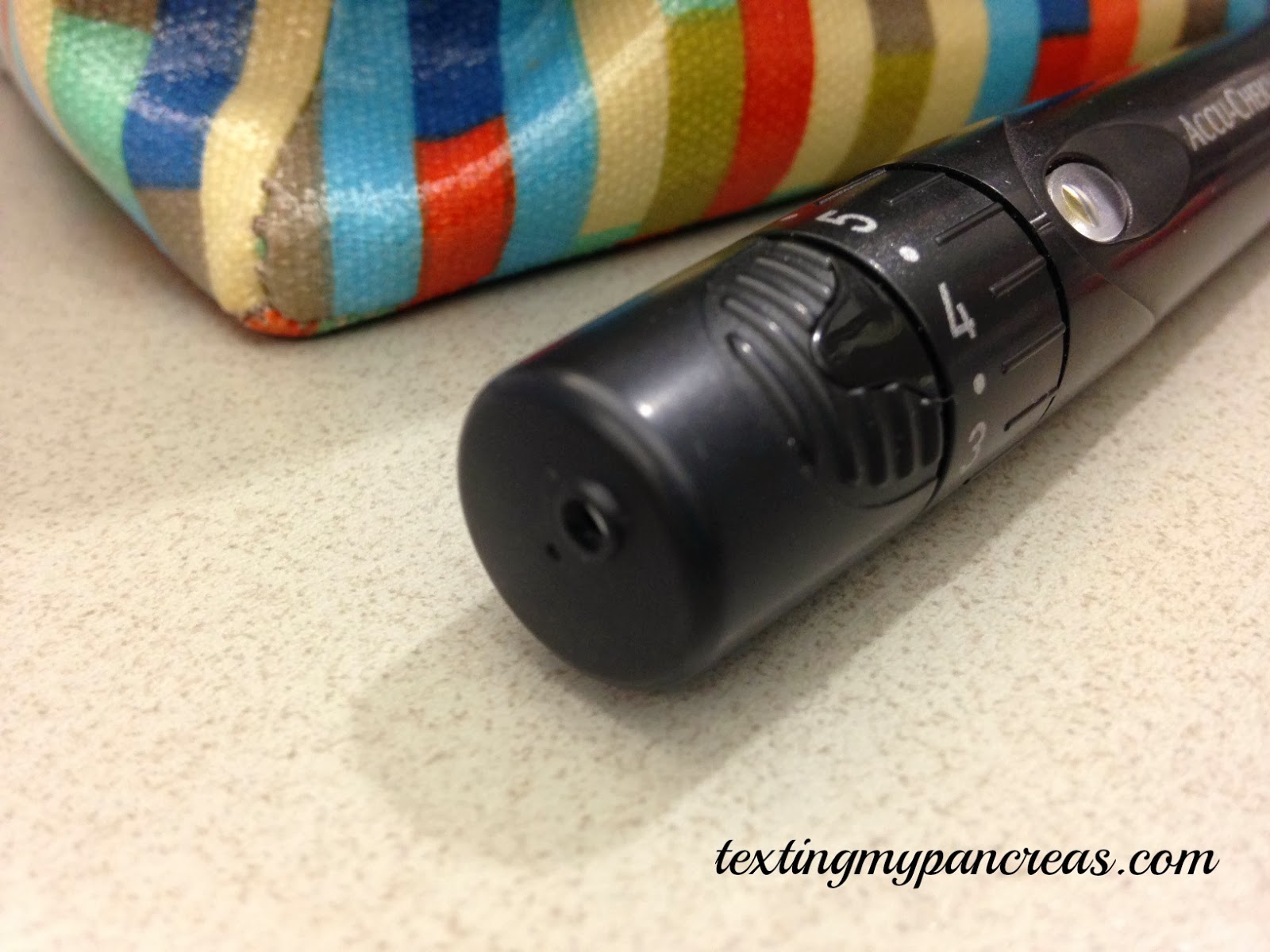