Saturday morning was an early one, as the alarm went off at 4:30 am. Why so early? It was JDRF Walk Day, yo! 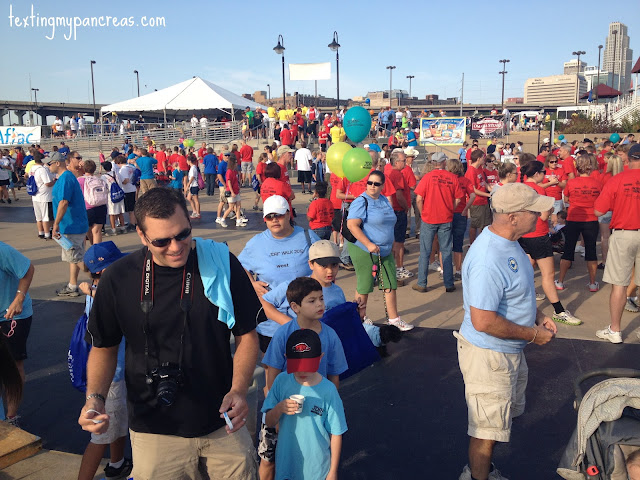 With Jess' help, we brought the You Can Do This Project to some of the hundreds of families in attendance. We spoke with kids, parents, and adults alike. We met a mother whose son had been diagnosed just three weeks ago - they were there to meet other families, and to see what insulin pumps were all about. We watched the light click on behind people's eyes when we transitioned from "people are telling me about something" to "people who know" - as soon as I'd spot a pump on someone, I was quick to gesture to my own. All of a sudden, they were much more interested in what we were saying. 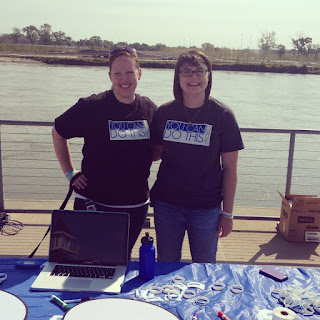 It was also fun, as it always is, to have a buddy with diabetes on your team. When an adult with type 1 mentioned how difficult it was for her to battle post-breakfast highs, Jess and I clicked on our Dexcom receivers and showed her that she wasn't alone. (Oh hi, 323 mg/dL.)

We also encountered a woman at our table who was just acting... funny. Her words weren't making much sense; her eyes darted all over the place. She spoke louder than necessary, even with the crowd. A Medtronic pump was clipped to her pocket. "I should really do [a] test, but I don't have my glucometer. Left it at home", she mumbled, and we got to work: Jess quickly offered, "Do you want to use mine?", and the lady readily accepted. While Jess lanced the lady's finger, I fumbled through my bag for glucose tabs.

A 44 mg/dL flashed on the screen. "Oh. 44. That's low", said the woman; acknowledging and then immediately dismissing the information. She picked up a marker and began writing on one of our marker boards.

"Hey... why don't you eat some glucose tabs first, okay?", one of us cheerfully suggested. I thrust a vial of tabs in front of her; the top popped open and ready to go. She stuffed two tabs in her mouth and chomped away; trying to make conversation at the same time.

"Oh! These are actually good! What kind are these?" (They were GlucoLift Wildberry - I still had a sleeve of them in my purse from FFL.) Just then, her daughter (or at least someone that age that knew her) walked up, and wanted to know where to order the tabs. (Amazon, yo.) I was still sifting through my purse, trying to find more glucose for her - a bag of fruit snacks. Down they went.

Whether she started feeling better or not, we weren't sure, but she was ready to take off. "Thank you so much, you guys. Thank you. I needed to test, and you even poked my finger for me. Thank you. That's just... love. You guys are so nice. Thank you."

That pretty well summed up the feeling all morning - love.