"Week Eleven"? What does that even mean? 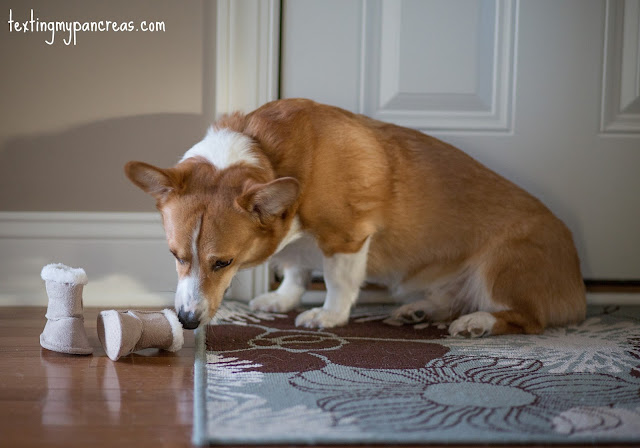 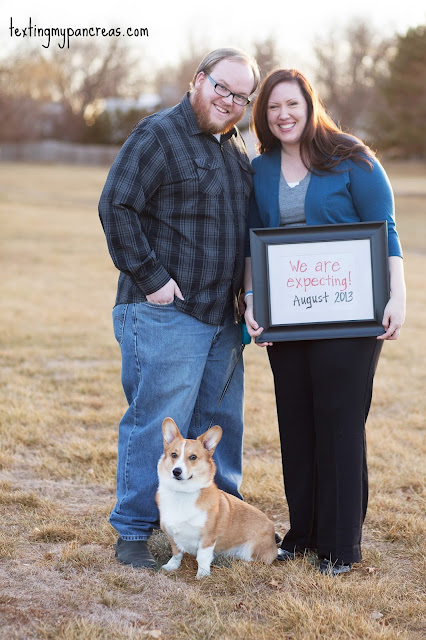 We're having a baby! (Which is a weirdly wonderful thing to be able to say, let me tell you.)

You may have seen a post a couple of years ago in which I accurately predicted that "life doesn't always follow the nice neat path you have for it". What I also believe is that things happen when they are supposed to happen, and someone's decided that 2013 is when Baby V is ready to join our crew.

And because we had been hopeful for two years, I had sort of lost a bit of the optimism and on-pointness I began with. It was no longer top-of-mind that I could be pregnant, so a slightly puffy-feeling tummy didn't tip me off right away. I have yet to experience any of the nausea or sickness so often coupled with early pregnancy (and I am SO THANKFUL for that luck), so no clues there. Trips to the bathroom became more frequent, but I was also making an unrelated effort to drink more water, so that seemed like NBD.

What finally tipped me off was diabetes. (One thing to be thankful for, in this whole pancreatic mess?) I am running low all the time, and am hungry all the time. The relentless lows, which also have involved many middle of the night excursions, are to thank for finally igniting my brain lightbulb so that I could say, "Oh, maybe I should pee on a stick". And so I did, late at night, and promptly lost my mind for a few minutes.

After a flurry of phone calls the next morning, I had an appointment set with my OB-GYN for a few days later (this happened over MLK Jr. weekend, which means I didn't know I was pregnant when I declared that blog break, but again... happens for a reason). I had no idea how far along I was, so imagine my shock when the ultrasound tech told me that "Yep, looks like you're 10 weeks!" Exsqueeze me, what? Ten? Like, almost done with the first trimester, ten? We also were able to hear a heartbeat so strong and loud that it momentarily paused my own, and we're told that everything looks normal so far; a label for which I've never been so thankful in my entire life.

I'll be spending the next 29-ish weeks (gosh, is that IT?) frequenting doctor's offices, eating more fruits and veggies and whole grains and lean proteins and OMG can't we fit a cheeseburger in here somewhere, and clearing out the office nursery to make way for a wee one. I already miss many things, the most of which is my beloved caffienated coffee, to whom I've considered writing love letters of longing on more than one occasion. Lots of work ahead, you guys. Lots of work.

But also, a lot of happy. More happy than I can fathom right now, I think.
Posted by Kim