"What am I doing?", my endocrinologist said to herself, out loud. "This goes against all of my training! But, it's what your numbers are telling me..."

It seems like my insulin needs have never quite matched up with what's considered "standard", whether it's the ratio of daily bolus to basal insulin, the increase in basal rates while I'm sleeping (my body won't even look at insulin while I'm dreaming; it's that resistant), or the number of basal rates I'm running throughout the day (they once totaled 12 rates in one day, and it worked really well at the time).

It doesn't surprise me that my endo (whom I adore - I've only had two appointments with her and I'd already like to send her a basket of puppies and chocolate, though not in the same basket because then I'm sending her a basket of dead puppies, and what the hell kind of tangent is this) is needing to do things a bit differently to keep me in range - and you know what? So far, it's working pretty well. 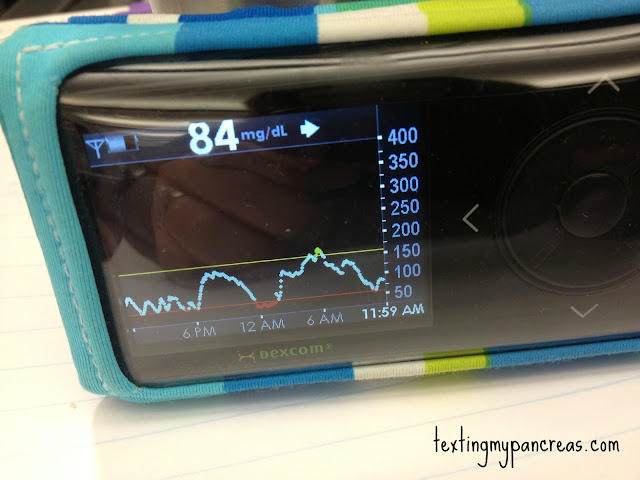 But while basal rate changes help, they don't do all of the work for me. I still see myself trending down several times a day, but it sort of works out for now since pregnancy has brought me a bottomless pit for a stomach. "Oh! Cool! I can eat again." But things change sporadically, randomly, and often - much like Batman watching over his beloved Gotham, I too must remain vigilantly attentive to what's going on around (and in) me.

I'm back in super-obsessive mode, which means I'm clicking the Dexcom button every few minutes (even though I know it only updates every five) and doing a finger stick about every hour and a half - but sometimes I'll get crazy and wait TWO HOURS YOU GUYS! I haven't gone through this many lancets in... ever? My fingers are losing their patience with me swiftly.

What would be reeeeeally wonderful right about now is this: 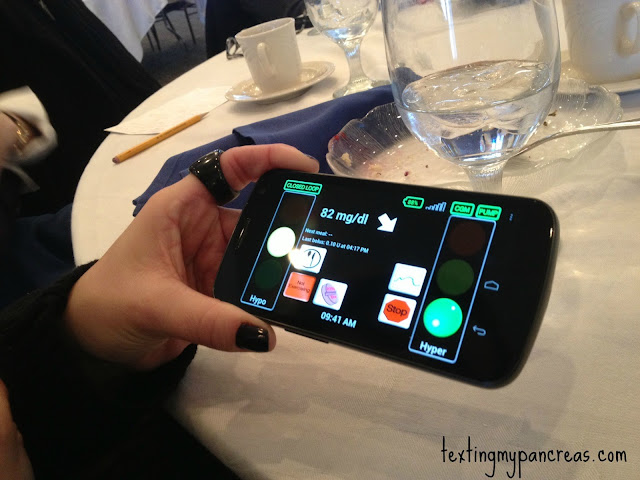 That's the Artificial Pancreas system that Tom Brobson, JDRF National Director of Research Investment Opportunities (and star of this YouTube video detailing his experience using this thing in a real-world setting) brought along with him to a JDRF breakfast here locally on Wednesday, that I felt very lucky to be able to attend. It's not perfect - no technology is - but having a system that would look out for me and minimize the highs and lows? I'd take it in a heartbeat.

Until then, I will do my throw my Bat-darts at this ever-moving target called diabetes, in the hopes that I can hit something more often than not.