You know what I would love?

I would love it if the pattern-alerting capabilities of my glucose meter could be magically infused into my CGM. 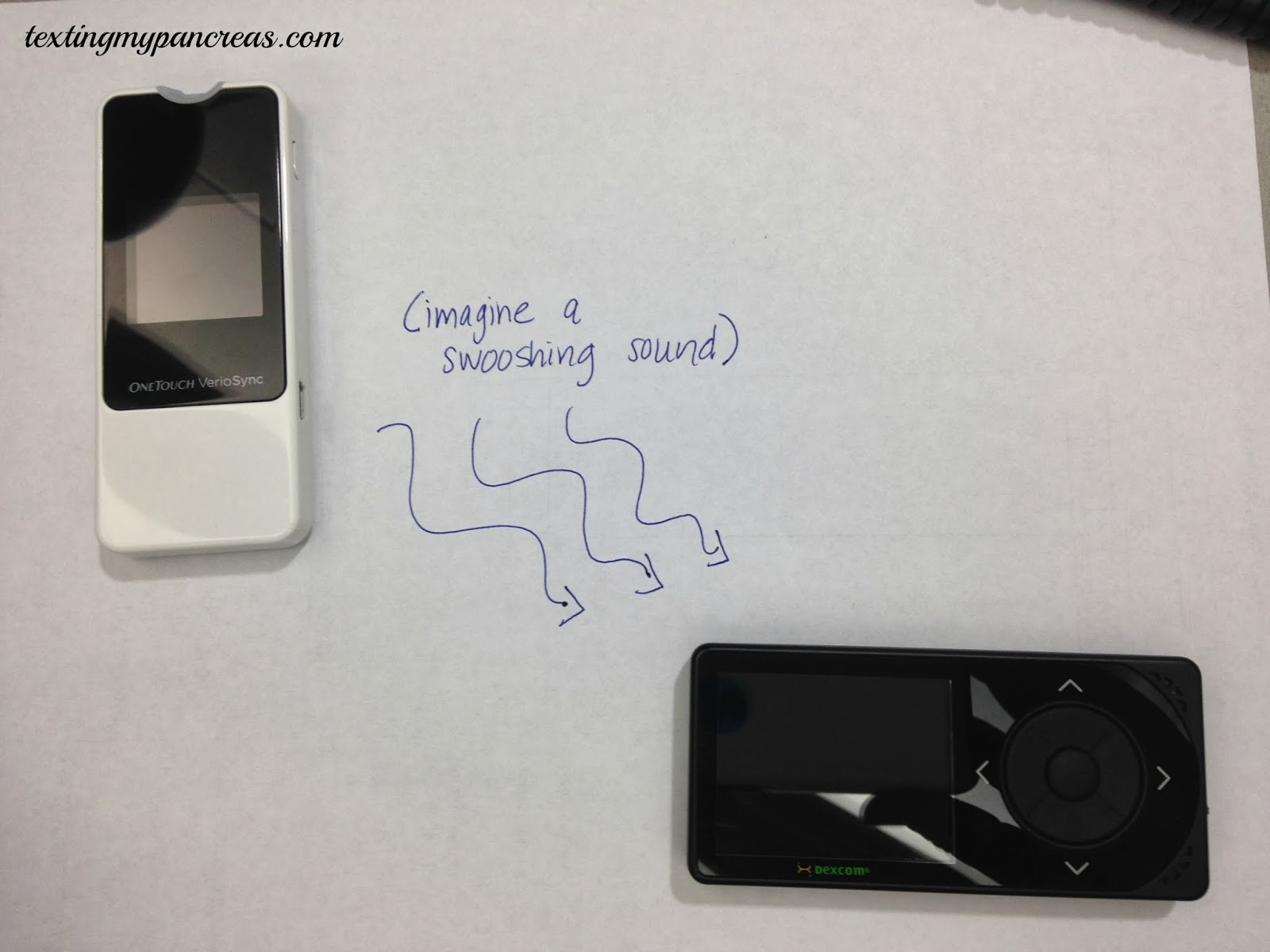 Being alerted to patterns is cool and all, but it only really works if it's coming from a device that is taking enough readings for those patterns to be meaningful. (Related: I've been using the VerioSync meter for... two and a half months now?... and in all that time, it's alerted me to one pattern. ONE.) My BG testing has deteriorated to just a few times a day lately, with the rest of my guidance coming from my Dexcom's display. (I'm going through a bit of "eff this noise" burnout, but I can see that there's a well-lit end to this tunnel and I'm inching towards it.)

And because noticing patterns isn't one of my strong suits, it's taken me several days - not all in a row, but enough of them sprinkled over the past few weeks - to catch onto the fact that when I'm waking up to something over 200 and program the suggested correction bolus, I'm crashing an hour later - usually right as I arrive at work. Which means I kick off my work day in a sweaty, shaky, impatient, and slightly confused sort of way. "Awesome".

Even when I'm not issuing a correction bolus, I still see my graph trend down by 25 points or so in the first hour after waking - which would be fine if I woke up at 125, but when I wake up at 80 it's a real problem. My meter doesn't catch any of this if I'm not testing during this period of time.

While I'm thankful for the devices I have access to right now, I can't help but feel that they're: