Results: The Emotional Impact of Wearing an Insulin Pump. 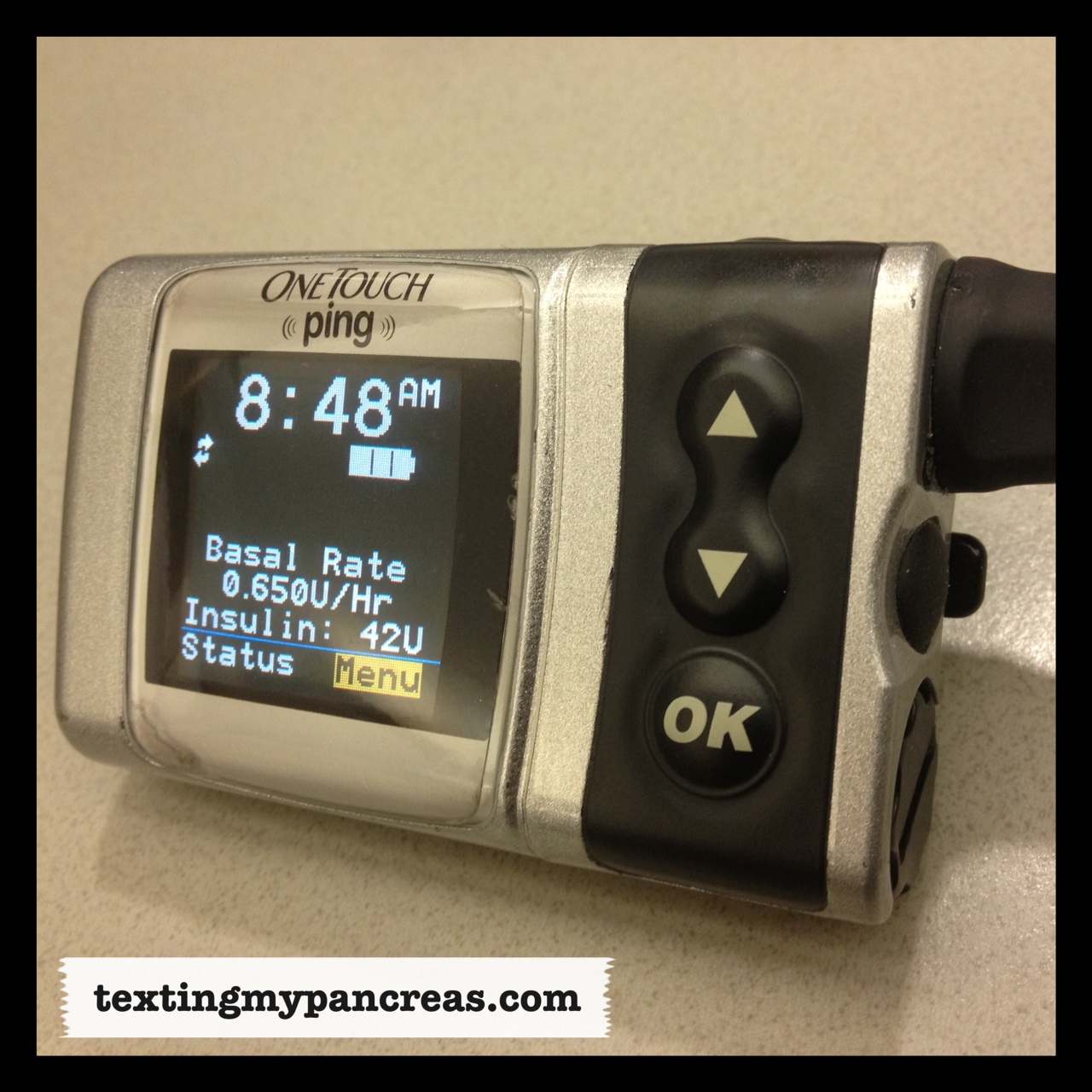 A week ago, I asked those of you who wear one to tell me what you wish someone had told you about how insulin pumping affects you emotionally, and the responses were just as diverse, thorough, and sometimes surprising as I'd hoped they would be. Thank you, everyone!

Sifting through all of the responses, I noticed some common themes.

If you're thinking of trying an insulin pump, you might want to know that:

You may encounter misconceptions from others.

"I wish someone had warned me that I would [...] get frustrated with people assuming that I don't have to do anything anymore because the pump 'just does it.'" - Rachel

"I think it's a good idea to have a child practice answering 'What is that?' kinds of questions in a confident and concise manner. B. once overheard someone saying (about him) 'I HATE that kid. He thinks he's so great because they let him use an iPod during school.' One of B's friends told the hater it wasn't an iPod, but a medical thing. 'It's for his diabetes!' But since there's not always a nice friend around, some practice would be great!" - Katy

"While I don't think there has been a huge emotional impact on me directly related to wearing my pump, I would say that one thing I didn't consider was that I was making my invisible disease visible. I get a lot more questions about diabetes while wearing a pump than I do when I'm not wearing it or when it is not visible. I don't mind this though, as it is an opportunity to dispel myths and address people's curiosity." - Whiniest

"I always have people ask me what is that. Always seem to happen mid sentence of a conversation. "So we are going to shoot at this loca... what is that?" That can be very jarring and embarrassing if you don't want your diabetes to be announced. Preparing for that eventual discovery can be a good idea. That way your emotions are not shaken and you can have a witty comeback or little speech about what it is." - Jillian

Wearing an external medical device may take some getting used to.

"People should be prepared for the odd feelings - at first - of having something attached to their body ALL THE TIME, and that they will have to accommodate with clothing, etc. The benefits far outweigh this, and I pretty much forget it's there so it doesn't bother me any more, but it did take some getting used to!" - Anonymous

"I don't know about the emotional impact, but learning more about the practicality issues being attached to something 24/7 would have been helpful. (E.G - sleeping, how to wear dresses or clothes without pockets, intimacy, swimming, etc.)." - Jen

"The frustration of having to plan out your wardrobe for the week based off where your infusion set is. Also, being told how to spot a leak would be good." - Anonymous

"I'm not sure the emotional side of pump-wearing is different from any method of tight control. However, I do hate the weight & bulk, constantly shifting it according to an activity, and catching loose tubing on doorknobs, etc. OK, on second thought, there IS more stress. If it didn't provide more flexibility adjusting insulin to activity & better control in conjunction with CGM (also another stressor), I would return to the pen in a heartbeat." - Cat 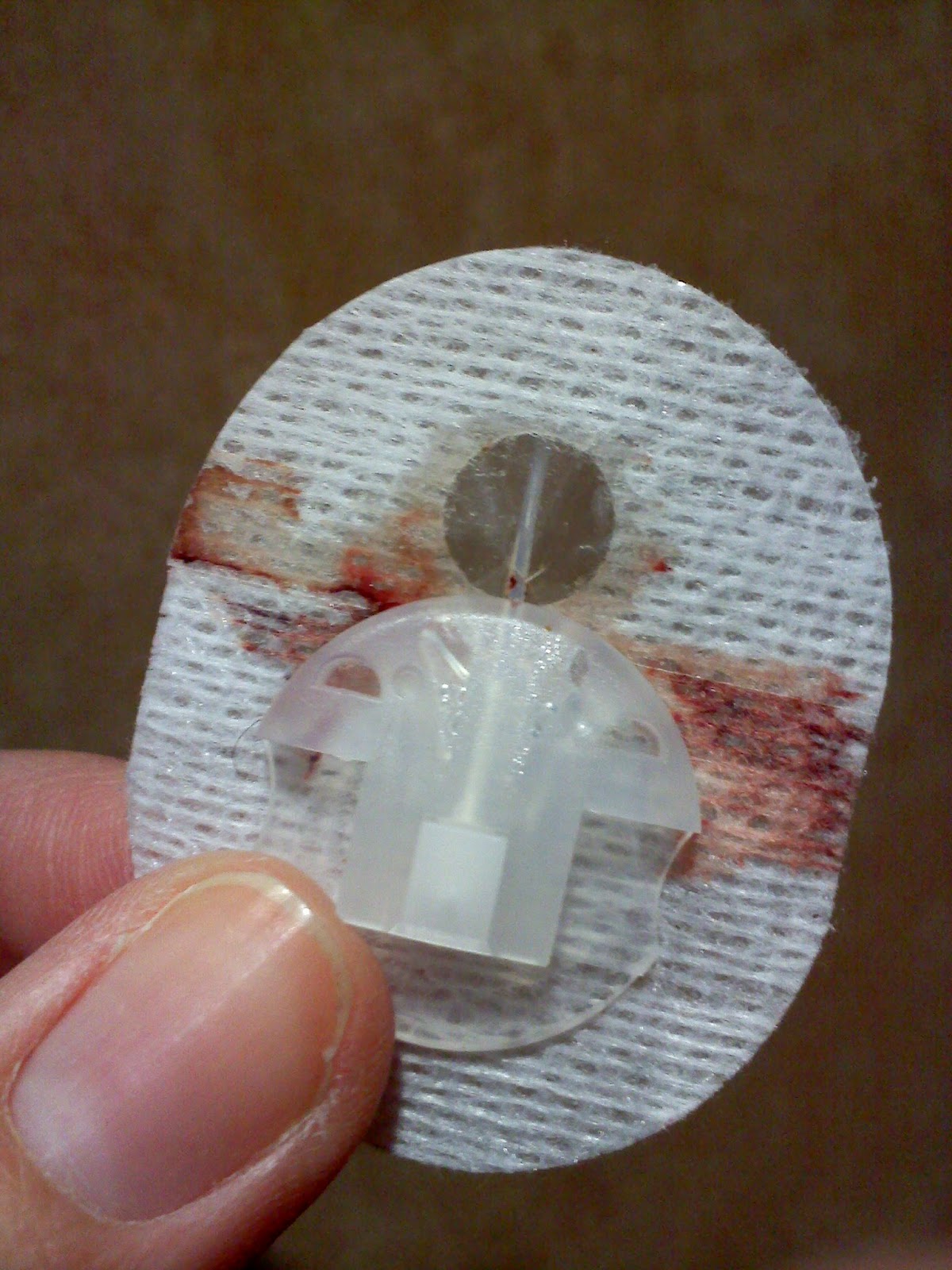 the process of changing my infusion sites. The ordeal of having to switch sites, even when I don't want to, and sometimes hitting bad spots or wondering if it will hit a nerve or muscle (shudder)... I've taken breaks because it got to the point where I just couldn't do it anymore." - Mike H.

"I wish someone had warned me that I would be constantly concerned about my pump coming detached from me." - Rachel

You need to give it time.


"I would to tell someone considering a pump to know about the how difficult it can be to be patient and wait for the changes to kick in before saying I give up. It's not easy even though this little gizmo attached to us can make life easier sometimes it makes it harder." - Maria

"The pump is not magical. It won't cure all your problems and lower your a1c overnight. It takes work: basal and bolus rate adjusting, and is only as good as the time and effort you've put into programming it. (eek..is that mean?) I think we put such high expectations on a pump, and we get so excited that it'll make our lives all perfect. But it's still us trying to control numbers. Just with a little computer." - Holly

"Things that I would have liked to have known is that you don't have to deal with all of the advanced settings of the pump on Day 1, and some of them not ever, depending on how you choose to manage your life on insulin. I remember when I first went through orientation with the pump, I got really overwhelmed by the information overload and had to say, "Look, can we just set the basal rates and you show me how to do a single bolus and see insulin on board? And turn the alarm off? I'll figure out the rest later." And I did, in my own time, as I needed it. There are still features on my pump today that I don't use, and I've been pumping for... doing math on my fingers... 10 years? Holy cow. Anyway, it is good to know now that I can make the pump fit my diabetes style, and what works for me. And that's okay. Even if it doesn't necessarily take advantage of every feature on the device." - Martin

"Some stuff I had read made the transition seem like a breeze, and while I got to grips with the basics/general attachment thing pretty quickly, I reckon it was at least a full *year* before I really felt comfortable with my little android appendage and began to see what all the fuss was about in terms of improving BGs. Some of those first 12 months were not the easiest and I know I'm not the only one who has been tempted to lob my pump out of the window in the early days." - Mike K.

"I've only been pumping a little over 5 months after 3 yrs on MDI. I wasn't prepared for the lack of

sleep getting my night basals set and adjusting. Fast acting insulin as your basal acts differently than Lantus. It seems to take longer for high numbers to come down with all fast acting (YDMV) my first a1c was no different, [...] but I tend to be a little conservative with insulin because it is a little scary, I used to be afraid of it, now I say I have a healthy respect for it." - Debra

"I think what was emotional for me was getting too obsessed about always checking numbers. When using a CGM with the pump, I found I was testing MORE because I wanted to be sure I could really trust it. I guess you eventually move past that." - Rachael

"After almost 20 years of injections I knew what that felt like, but early on with a pump I just had no idea whether this, that or the other thing 'felt right' or what to do about it if things were going a bit off kilter. How aggressively to correct... How long to leave it... When to wait and see... That would have been a lot more difficult if I'd not known it was coming as part of the package." - Mike K.

"It's okay to hate your pump some days because the pump clip is such a PIA." - Anonymous

"Less hugs from husband and kids , cause they're afraid of ripping out my site." - Anonymous

"I think it depends on your age. The transition was much easier for me because I was older (48). But... I think any kind of follow up with a new pumper (after a month, two months max), with answers tailored to that individual's circumstances, would be extremely helpful. Wish I had that." - Stephen

"Honestly, I was so excited to be off the 12-15 injections a day I was doing on MDI that my emotions upon getting the pump can be adequately described as 'OHEMGEE THIS IS AWESOOOOOMMMMMEEEEEEEEE!!' After coming off the pump for a few years due to losing my insurance and getting back on it after getting insurance again, my thoughts are still the same." - pavedsilverroads

"I resent when people tell me how I might feel, how I should feel, or how I should behave in response to a change in my life - especially when such things haven't happened yet! The stuff that goes through my head -- nobody knows it better than me, and nobody is qualified to predict how I might feel about a given circumstance. I don't think that emotional counseling, preparation, or whatever should be mandatory. Emotions are a sensitive issue, and if someone wants to discuss them or not discuss them, it should be their own choice, by their own initiation, and on their own terms." - Scott

"[...] Getting a pump helped me become more open and comfortable with my diabetes." - Laddie

"It's okay to be frustrated with it. Just because it's new and shiny doesn't mean that you have to love it immediately. If you decide it's not for you after giving it a fair shot (and that changes from person to person and doc to doc), it's okay to go back to shots/pens/inhaling/whatever-delivery-method-you-prefer." - Maria

If you have any additional thoughts that weren't covered above - please leave them in the comments!